Here is yours truly in Cambridge Springs on July 4, 2003.
"Between 1894 and 1915 this was a major health resort, founded upon the various mineral springs here. Dr. John H. Gray, who had discovered spring water on his farm, began prescribing and marketing it in 1884. By the early 1900s over forty inns and resort hotels were operating, including the palatial Hotel Rider and the Riverside Inn. Passenger trains ran here daily. Ultimately, changes in medical practices ended this health spa's heyday." - PA Historical Marker in Cambridge Springs, PA.

Below left is an Erie Railroad Advertisement that specifically mentions the 1904 chess tournament. Note the columns of white and black chess pieces, which meet in the distance at the Hotel Rider. Below right is an announcement from the Daily Bulletin referring to a lecture by Dr. Lasker using Mr. Peter Toepfer's patented chessmen. Interestingly, Toepfer purchased one of the chess sets used in the 1904 tournament (more info). 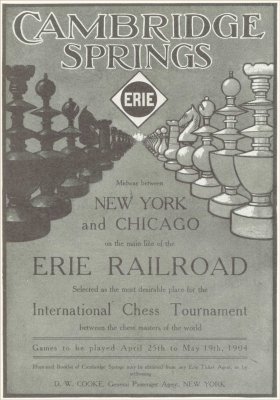 Here are some postcard images of the Hotel Rider and Cambridge Springs from the era of the tournament, along with other related material. Current photos have been added to complement the original pictures.

"The longest journey starts with a single step." (Chinese Proverb) I was at a flea market around 1997 in my home state of Pennsylvania when I came upon a postcard dealer. The dealer had a nice selection of cards organized by city. As fate would have it, the section marked Cambridge Springs caught my eye. (I was already very familiar with the chess significance of the town.) It was here that I found the postcard shown above. From that point forward, I was "hooked" on Cambridge Springs -- this web site is what grew from my purchase of this $2.00 postcard. An interesting note... there were three of these cards there that day but I was a "cheapskate" and only bought one of them. I subsequently wrote to the dealer but he could not find any remaining in his inventory. There is a lesson in here somewhere. 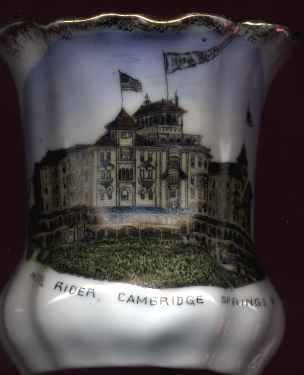 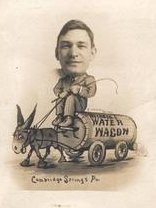 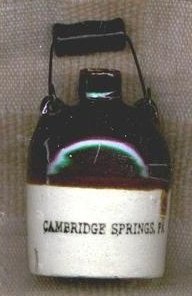 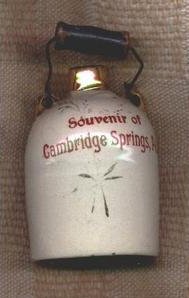 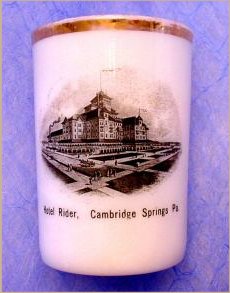